Many now spit at the mere mention of the Heveltii, doom of Gaul, for their march to the south rousted the eagle from its eerie, the terror that was Gaius Iulius Caesar. But in the downfall of that mighty tribe is nestled a tale of a boy with no name, a shifter the Helvetii called him, a sprite of the Horned One who snatches children who wander too far from their lodge. Fools they were, for as you will see, he could have been their savior. He was no wood sprite, though he moved through the mountain forests like a furtive fox, a breath through the trees, having woven into his threadbare cloak ferns and twigs, moss and grass.

To Old Maga, the German slave and maker of potions and salves, the boy was a kobold , with his twisted back that raised one shoulder, his tendency to appear out of the shadows in her hut, and his aptitude for discovering the most rare and hidden of herbs. The sun had reached its peak when he finally reached the small spring dripping through limestone. There in the deep glens of the forest was the hidden herb, and the shadows of the trees grew long as he painstakingly uncovered the earth over its roots, most desired by Old Maga.

With his iron shard of a knife he trimmed the thin hair-like tendrils, enough to satisfy the cranky herb woman but not kill the plant. His frozen snake-spine hissed fire from being bent so long, and he stowed the wrapped roots deep in his satchel and made the torturous climb out of the moist basin. It was as he was nearing the ancient shrine of Artio that he nearly stepped upon the fledgling crouched among the ferns. Its wing and tail feathers were newly sprung, dark harbingers of the raven it would soon become.


He lifted the fledgling and cradled it against his chest as he struggled to stand, his legs prickling with a thousand needles. Adjusting the satchel over his shoulder and pulling his forest cloak close about, he wound his way to the shrine of Artio and its roadside glade. Too late to disappear like a wood sprite, the boy slipped the fledgling into his satchel and hunched his shoulders, for it was far safer to be Toad and suffer the bruises and insults that came with that guise than to raise his eyes and evoke the blood wrath of his tormentors.

He was twice the size of his two pimply friends, though not taller, his tunic of newly-died red and black crosshatch already stretching the limits of its seams, but the boy could not help pulling away. The racing drumbeat of hooves reverberated off the trees as a single rider appeared on the road, skidding to halt in the glade.

He was oddly dressed in a short, rust-red cloak with a billowing hood, and fur leggings rather than trousers. For a long while he watched the road that led to the lake town, and then slid off his horse, turning it loose to graze while he paced back and forth like a hound awaiting its turn at the scrap heap. Then the clatter of horse hooves and the braying laughter of men announced a party of horse lords with grand mustaches and brilliant tartan tunics and great cloaks. Their leader, a lofty lord of lords, saw the single rider and jerked to a halt in surprise.

The banter ceased, and the lord rode alone to where the rider paced.

Sure enough, there among the horse lords sat a maiden with hair that fell in bronze waves across her embroidered cloak. His heart fluttering like a finch in the thorns, the boy pressed his face into the loamy soil and became the forest floor.

Where the Light Gets In

Once his kingly designs have been exposed, the Helvetii will cease all talk of migration. With the flick of a hand Dumnorix sent his men into the underbrush. Coros and his companions leapt to their feet in a mad attempt to flee, but the boy remained on the forest floor, a part of the ferns and moss and broken twigs. Only when he could hear their whimpering beyond the shrine did he venture a glance, no more than the shimmer of wind through grass.

I will properly chastise the young scamps and catch up shortly.

When the last clomp of horse hooves faded among the tall trunks, the Aeduan prince turned his smile to the lord son. From beneath his short cloak the rider brandished a Roman blade and before they could even cry out had cut down the two trembling boys. The rider snarled a curse and made a noisy business of dragging the three bodies into the thick undergrowth.

The trees groaned and creaked, conducting a curious conversation high above.

Artio the Bear looked down upon the bloody grass with distant eyes blurred by moss and age. The fledgling ruffled its wings and the boy stroked its soft head and rose stiffly to his knees. Run now and hide in your cave. You are no warrior. You are no druid. You are the wood sprite, the twisted kobold. You are the croaking Toad. The wind sighed a mournful tune and ran her slender fingers through his thin hair, and he raised his head to Artio.

His legs wobbled as he followed the smears of blood to the two boys, their throats raw openings, eyes open in surprise. Beyond them, Coros lay curled like one of those white grubs in rotten logs.

Coros wheezed, whimpering like a pup and curled into himself even more. The boy slashed another long strip from the tunic hem and tied it around the compress to hold it in place even if the lord son lost consciousness. The fledgling watched this all with a curious black eye, and then hopped upon one leg, fluttering its wings for balance.

Twilight had crept into the woods like a sneak thief. The boy sat back, his chest tight and sweat dripping into his ear. He could still become the wood sprite, take his hidden trail and forget all he had heard and seen. But the fledgling clicked its beak and cocked its head, and when the boy held out his hand it hopped aboard. He removed the cloaks of the two dead friends and placed them over Coros, who had begun to shiver, and then he turned to the road and broken into a lurching trot toward the lake town.

A chill spring breeze whistled off the crystalline waters of Geneva and between the lodges of stone and clay and timber, carrying the scent of hearth fires, the tanning vats, and the latrine trenches. At one time the town had been enclosed within the old dike and palisade walls, the ancient seat of the esteemed line of great lords from which Orgetorix descended.

Now, however, the once pristine pasturelands along the lake shore were clogged with the hovels and swine sheds of the clans, driven from their lands in the foothills and northern vales of the Jura Mountains by German raiders. Blights had devastated the grain crops for three straight seasons, and the stores had run empty. The clan wives made sacrifices of trinkets and woven dolls to the goddess in the water, and blamed the curse of the tribe on the wastrels and derelicts—outcasts like the boy who limped through the gates wearing the forest floor and clutching a raven child beneath his smock.

He kept to the weedy allies between crofts and thatched lodges, his cloak pulled over his head.

He was the beggar-boy now, a whimpering mutt unworthy of the scathing eyes of the townsfolk. An old woman spit at him between her remaining two teeth, but otherwise he was ignored. The great hall loomed like a crouching giant in the center of town, and as the boy reached the threshold raucous laughter spilled forth from the smoky innards. His knees nearly buckled, and his throat felt stuffed with wool, but his feet kept moving forward past hulking men smelling of rancid milk and ale and sweat to the crackling hearth fire ring, around which sat the oathmen of the lord, all eating from a venison roast on a platter and dipping their horns into a breached barrel of ale.

Orgetorix himself, tall and robust with a long black mustache that drooped past his chin, noticed the boy first. The lord stood, firelight dancing beneath his black eyes, and the boy shrunk into his ragged cloak.

Well, say what you must and be done with it. The boy nodded, his eyes on the floor of wood planks worn smooth, but his lips were numb, his throat tight. He shook his head in an attempt to clear the blockage, but could not even draw a breath. The undulating shadows of the hall closed in on him and his legs wobbled.

And then the raven pecked him, a sharp jab that sent a jolt through his chest, and the words burst forth. In he was an Academy Nicholl Fellowship in Screenwriting, and worked as a screenwriter before becoming a professor of rhetoric and writing studies at Chapman University. He is an avid outdoorsman and traveler, an obsessive researcher of ancient cultures, and a champion of community writing programs.

Currently he is in the final stages of completing a historical novel set in Gaul, 52 BCE. News about a new Alt History TV show. From the Guardian :. 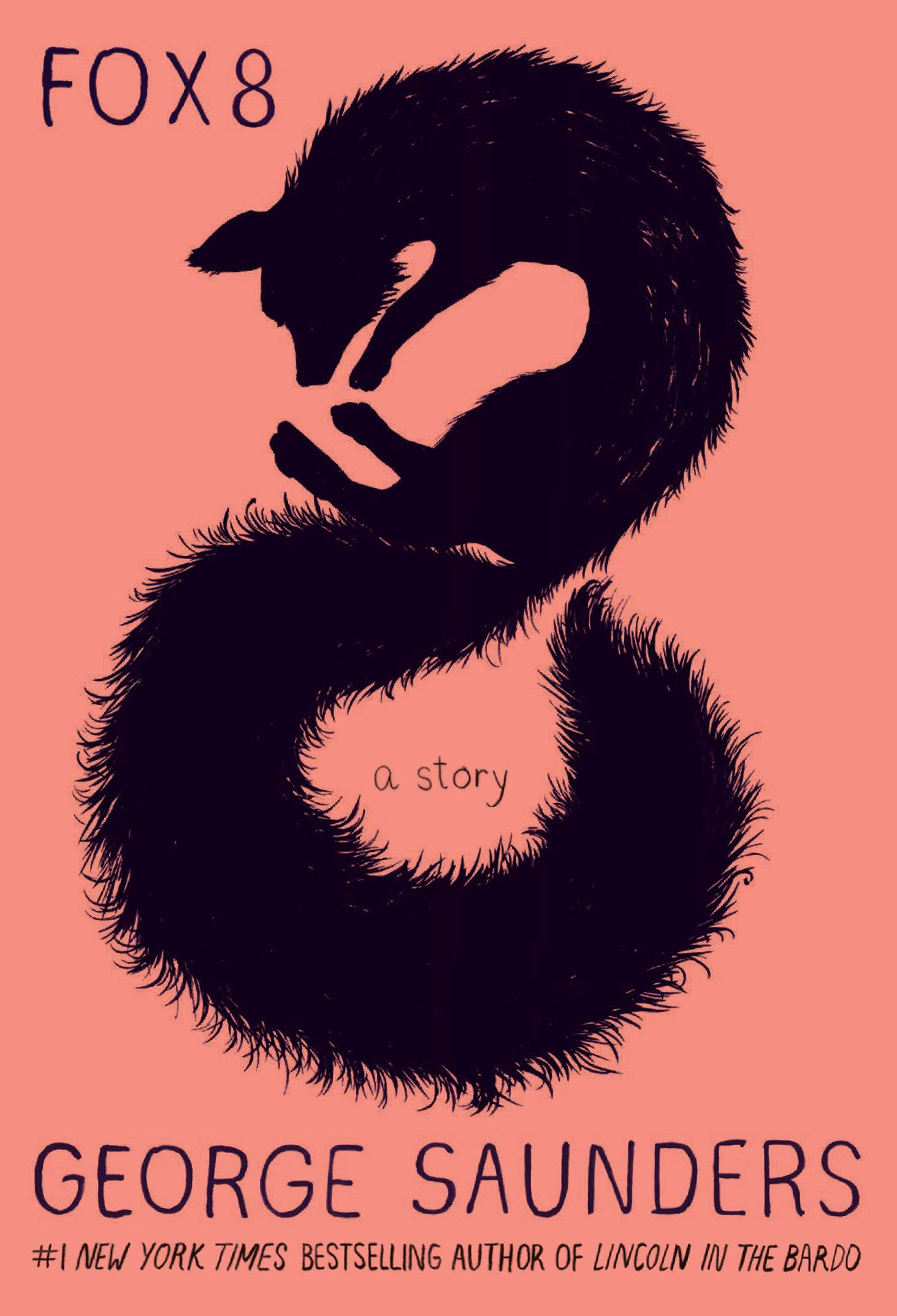